In order to be eligible for the award, the candidate must meet the following requirements. 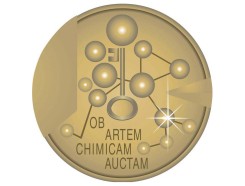 The candidate must have a proven track record as an excellent researcher. Publications or patents are evidence of his/her scientific originality, productivity and extraordinary insight into general problem areas in his/her field. The impact of the conducted research on the advancement of chemistry in the broadest sense of the word is also a criterion that is taken into account.

The nomination should include an explanation of what makes the candidate so exceptional and why he/she should receive the award. Specific examples that support the award criteria can include:

The Gouden Medaille is only awarded to young, Dutch researchers under the age of 39 at the time of the nomination deadline. Non-Dutch candidates who have previously worked or are currently working in the Netherlands are also eligible for the award. If candidates are older than the specified age but have performed care duties, they may be nominated based on care duty reasons. Nominations from researchers who hold industrial research and development positions are also welcomed. Should industrial-sensitive information be included in the nomination, additional confidentiality can be provided by, in consultation with the employer, appointing one or more confidential advisers responsible for co-reviewing the nomination.

To nominate a candidate for the Gouden Medaille award, please submit:

Please submit your nomination before 30 April 2023 to:

Nominations can also be submitted by e-mail to the following address: kncv@kncv.nl.

The Selection Committee also welcomes nominations from researchers who are active in industrial research and development positions or who are conducting research in a chemistry-related field.